“What was your favorite film this year, Carla?”

All over Facebook, my friends are pontificating about and citing personal nominations for this year’s best films. They’re not particularly judicious about it. “You should go back and see that film again,” one told me when I disagreed about a favorite film. “You clearly didn’t get it the first time.” Another, posting ebullient praise for a film that left me speechless with disappointment, concluded, “And if you don’t agree with me, you might as well unfriend me right now because I’m going to have to let you go because you are too unintelligent to be my friend!” 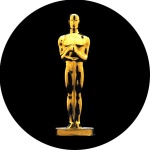 So  I am here to respond in an equally patronizingly dismissive way, and I hereby declare myself a nominating committee of ONE.

My first action will be to remove most of the awards for anything or anyone involved with the making of Lincoln, with the exception of Tommy Lee Jones for his portrayal of Secretary Seward; I offer neither sycophantic praise for Anne Hathaway as Fantine nor demeaning slurs for Russell Crowe’s Javert in Les Mis; I’d prefer to extinct the film altogether. I would proclaim recognition for elements of Looper, a film I expected to hate but absolutely admired; and I’d add a few superlative categories for Skyfall, since its best elements don’t really fit in any of those that now exist.

In fact, in choosing the Best Film, I’d throw every 2012 movie off the list except for Argo and Silver Linings Playbook. These two pictures could duke it out for ALL the awards; they deserve to be nominated in every existing category and to have new ones invented so more of the work could be honored. These are two pictures that exist in a class by themselves in my personal playbook. But to answer the overwhelming question, “What was your favorite?” No hesitation: Silver Linings Playbook, my candidate for Best Film of 2012.

I am thoroughly prepared to be unfriended by the many zealots who preferred other films; but I was deeply moved by Silver Linings Playbook, and in the end, choosing a front-runner is a subjective, emotionally-driven pursuit.

In a year when there was enough real-life horror and violence to satisfy the most voracious blood lust, SLP offers none, and I admit I am swayed here by my gratitude. Even the fighting, replete with bloodied nose, was understated. This is a film that isn’t concerned with horrifying the audience; it’s there to entertain, and while it entertains, it teaches a bit as well. What a relief.

Never preachy, never sanctimonious, Silver Linings Playbook is that mirror unto nature perfectly positioned so that we behold the human condition. This is a well-told tale about characters who may seem, from time to time, to be strutting and fretting about their stage but who, in fact, are groping along in an earnest quest for happiness. They hurt each other along the way, and they lose themselves in self-centeredness, but these are characters who, despite all the baggage and the damage they’ve incurred from their various pasts, honestly live to love and be happy. They have learned to function in a dysfunctional world and have become, as a result, paragons of dysfunction. And yet they are at heart rational beings who learn what they already intuited, that the only panacea for any of our pain is commitment to one another.

There is no villain in Silver Linings Playbook. When people get hurt, when people violate one another, they do so out of an inability to live up to expectations — their own and others’ — and they fall prey to their own lack of patience. There is no conniving, no evil plotting; and the only weapons they wield are verbal affronts and over-zealous fists. Since there is no villain, there is no hero, not even an anti-hero.

The protagonist in SLP is neither abundantly good nor adorably bad. He is Pat – Patty to his parents, with whom he lives — Solitano, Jr. (Bradley Cooper), released, at open, from institutionalization for beating up the man he caught naked in the shower with his beloved wife; he is bipolar, a creative thinker fighting his demons every minute of his every day and has no illusions about the effect of drugs and booze in his life. He would be very grateful if he could just remain sober and prove that he is sane and lovable enough to make his estranged wife return to him. Well, that’s what he thinks he wants for most of the film, and what makes the whole thing so very satisfying is the complexity and completeness of his arc, a very palatable arc. When Patty has his epiphany, it happens in a quiet, subtle moment that demonstrates Bradley Cooper’s real chops as an actor and David O. Russell’s ability to find them. Which is something Russell does really well — remember the acting in The Fighter? — for Anupam Kher, Jennifer Lawrence, Julia Stiles,Chris Tucker, Jackie Weaver, and the entire Linings cast.

But nothing he elicits from the other actors comes close to what he gets out of Robert DeNiro, who has, of late, seemed to be trying so hard to make acting a struggle to be way over the top that he’s been making my teeth ache. Here DeNiro is as natural and as believable as he was in Deerhunter. He’s superb in SLP, inhabiting the confused but steadfast Pat Sr., who wants to be paternal but isn’t exactly sure what’s needed from him, what’s expected, even what’s acceptable. He’s funny without reaching for the joke, and he’s poignant without manipulating us toward tears.

The Solitanos are a troubled family, who succumb to forces we rarely talk about anymore. This is a family that lives in our real world, which wants everyone to act alike, think alike, respond to stimuli in a prescribed manner, and where drugs are omnipresent, revered as magic potions that can erase every little aberration. Patty is constantly being reminded to take his meds, but he hates them, and he has become an inmate in his own private Cuckoo’s Nest, plagued mercilessly by unlikely, unwitting familial Big Nurses. He meets Tiffany, also afflicted with some mental health issues,  who, too, has chosen to eschew the soporific effects of her medications. In one brilliant exchange, the two run through a litany of the drugs they know and despise and the failure of each to be even marginally appeasing. No filmmaker since Gus Van Sant (Drugstore Cowboy) has been so lucid in examining the state of the true American drug war, in capturing how the magic pills that promise to make things perfect only succeed in shifting things out of focus. 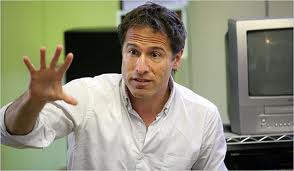 SLP strikes a deeply resonant chord because so many of us, afflicted with social ineptitudes, with anger issues, etc., understand too well the fine line between agitation and insanity, and it elucidates the many ways that parents are disempowered by their grown children while at the same time they are stripping those same kids of their ability to thrive.

In the end, the film is most affecting in that it affirms that the only drug that fixes anything or anyone is love.

That’s a lot to pack into a funny, well-acted, plaintive, beautifully orchestrated, carefully directed film. What an achievement.

One thought on “My Personal Silver Linings Playbook”