My friend buried her older brother Donnie the other day.  Despite the fact that she buried her husband less than a year ago, and she’s still a young woman, my friend carried herself with stalwart grace, and only once did she lose her composure.

“He shouldn’t ‘a’ died so young.  You know?  It was his meds.  No one paid attention to his health.  They just wrote his ‘scripts and sent him on his way.  No time for assessment.  No time for monitoring.  Just move ’em in, move ’em out.  No one in the system’s interested in overseeing the whole person of a mental patient; they treat the symptoms, satisfy themselves that he won’t kill himself or anyone else, and they’re done for another six months.”

I nodded, not knowing what to say.  I’m no fan of the American health care establishment, and I had had another dose of that reality the day before. 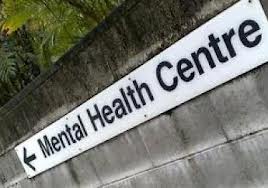 A friend whom I’ve known for many years invited me to lunch for the first time in a very long time, and we talked, as one does with an old friend, of many random things.  Finally, after nearly three hours of catching up, I asked about his children.  He talked about one, a college freshman, and laughed with fatherly pride at the son who complained vigorously about all the extraneous displeasures of college life — the food, the noise, the weather — but seemed happy enough with his classes.  After a few uncomfortable minutes, I gathered the courage to ask about his other child.

The answers were vague, and, having had enough experience to know the signs, I sensed that all was not well.  Then I found the wherewithall to ask pointedly how the boy was.  Really.

“Beautiful.  He was the most beautiful child ever,” replied my friend.  Then he was quiet again.  I waited.  Then I had to ask.

“Is he in school? Working?”

“No.  He’s home.”  A long pause, some throat clearing, fingernail cleaning.  Then,  “He is schizophrenic.  And he’s terrified to leave the house.   To tell you the truth, he’s nearly twenty, and he goes nowhere.  In fact,  I haven’t had a night out since we adopted him.  We can’t leave him alone.  He’s incapable of functioning without at least one of us there. ”

Knowing that my friend’s finances are, to say the least, strained, I nodded.  “I guess you can’t hire help.”

“Ha.  That’s a laugh.  If he were developmentally challenged and needed care for retardation, we could get state help.  But for mental illness?  Nothing.  I finally got him on Medicaid, and they’re trying to take it away because I make too much money — which means I make over $7000 a year — but he’s an adult.  No insurance I could possibly afford helps with any of it; we get some breaks on meds, but . . . ” His voice trails off.  He doesn’t really want to complain.  God forbid he seem to feel entitled.

Our conversation turns to the woeful nature of the American approach to mental health.

Insurance is expensive.  And except for the premium types of coverage, few offer assistance for mental health providers, who are also expensive.   Obsessive compulsions, ADHD, anxiety are not considered sufficient reason to warrant insurance coverage, and yet sufferers can be paralyzed by the effects.   Depression and bi-polar disorder are more readily recognized as debilitating, but in order to be helped, the patient often must first be hospitalized for treatment , then marked for life as a result of a violent act against self or others.

As expensive as they are, drugs have replaced the therapist’s couch as coping mechanisms.  It’s rare, except for those for whom money is no issue, that a psychiatrist spends hours with a patient planning behaviors and exploring strategies for self-preservation.  As it was with Donnie, the psychiatrist’s main function is to write the prescription every several months; no more than a perfunctory visit from a social worker sustains the patient between visits.  The appointments with the psychiatrists take no more than 15-20 minutes, and they are basic question/answer sessions.  “How do you feel?  Any headaches or stomach difficulties?”  No examination accompanies the writing of the prescription even if, as in the case of my friend’s brother, the patient is clearly struggling physically.

Donnie, a strapping man who leanly stood 6’2″before he began taking his meds, had grown morbidly obese.  He labored to breathe, complaining of COPD symptoms and of trouble staying awake.  When he died, he was in his early fifties, and no doctor had taken the time to seek out the causes of his discomfort.  His insurance didn’t allow for more than the annual physical, and there was no alternative to the drugs that controlled the mental disease, drugs that necessarily weakened and abused his body.

The problem is not confined to mental health.  We’ve all seen the ads on television promising that if you just choose a fancy cancer treatment center, you will be cured, that drug addiction will lift away when you fly to that special island where ultimate rehab resides, and we all hope we will be lucky enough to get a transplant in the event one of our organs shuts down.  But choice of hospitals and retreats and transplants are governed by money, which is largely controlled by the extent to which insurance covers us.  When another friend needed a second kidney transplant, his wife was a willing donor, but in order to get that kidney into his body, my friend had to prove that he had the resources to see his doctors regularly and to buy his nearly $40,000 worth of medications EVERY YEAR.

But despite the fact that the problem is universal in the realm of medical care, it’s more likely that a patient who cannot get the necessary treatment for cancer or renal failure or hepatitis, etc., will die than wind up on the street unable to care for himself, a burden to his family, a weight on society’s midsection.  In some ways Donnie was lucky.  He took his meds, was fairly lucid and found some measure of happiness before he dropped dead of a massive heart attack.  The moderately ill person who is handicapped by any one of a number of disorders that render him unable to hold down a job, stick to a path, find personal satisfaction is more likely to disintegrate slowly over time, growing more anxious and depressed and lonely by the day.  She may be homeless or displaced, and she will likely be angry and frightened every day of her life. 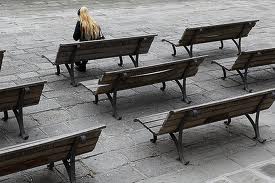 With financial resources that ensure freedom of choice, anyone can find a good physician for any ill.  If at once you don’t succeed, you know you can always try again.  But for those of us with limited resources, a list of providers is offered, and if no one on that list is expert in the illness for which we need care, we are simply out of luck.  Therapists abound, but a good therapist us a precious commodity, one that is too often impossible to find.

I honestly don’t understand why the masses don’t take to the streets over health care.  Every day families — middle class families, families no one would have heretofore thought of as indigent or needy — bury loved ones, children and parents alike, who should have been cured.  Women die in childbirth in this, the richest country in the world, at an alarming rate, and homeless people wander our cities where they live in misery and threaten our safety because they are not being treated for the illnesses that have disabled them.

We tolerate our own demise. 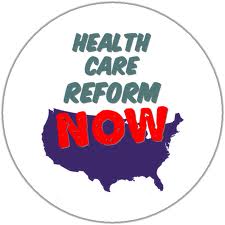