When I was a green teacher, and my drama club was the system’s fledgling stepchild, I had the great good fortune to meet Ann DeMatteo.  In those days, her beat for the New Haven Register included the North Haven-Hamden schools, and as soon as she heard we were forming the new club, she came out to interview us and to do a story on the program. 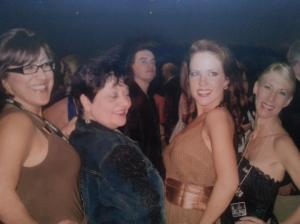 I liked her immediately.  Who wouldn’t?  She was ebullient, sharp, interested, and her enthusiasm for drama was painted across her whole being.  After that, anytime we had a show or a fundraiser or a special event of any kind, Ann was there, and she wrote about it.  Sometime during my years in North Haven, Ann had her first bout with cancer.  She didn’t skip a beat, kept on covering her beat, took on the teen beauty pageant she produced, raised funds for all kinds of causes, especially for her pageant.

Later, when I moved to East Haven, which happened to be Ann’s home town, I learned a lot more about her and why she had such an affinity for drama.  By this time she’d had plenty of private life drama, none of which she would want me playing across the proscenium of a blogsite, and she had beat the cancer.  And she made the realization of our drama program at EHHS her very own cause célèbre.

In an effort to launch a dramatic arts academy at the brand new high school in East Haven, my music director Judy Polio-Webber and I decided that it would be a good idea to open auditions for Bye Bye Birdie, our first show to the community.  I called Ann in hopes that she would spread the word.  And did she spread the word!

She wrote about the auditions, wrote about the program, interviewed the principal, wrote about him, interviewed townspeople and wrote about them and what the new drama program might mean to them.  Then she made phone calls.  In that debut production, at least half the members of our very large chorus were there because Ann had told them to come out for the show; and Ann, proud to be wearing her bobby sox, saddle shoes and a crinoline that stretched to Milwaukee, was the most salient voice among them.

When I moved to New Haven and on to filmmaking, Ann wrote about my company and our efforts to grow.  She sent around our casting notice and was responsible for the huge turnout we had for our casting sessions at Bar.  Then, she managed to come to every theater production and film screening my partner and I mounted.  I knew the curtain could raise as soon as Annie De Matteo was in the house.

Later, when I moved to NYC, we drifted out of touch somewhat, but she checked in with me periodically, and she blogged about my work; when I initiated a NYC Mob Tour, Ann wrote about the tour, and her writing intrigued Jim Shelton,  wrote a feature article for the Sunday Register.

How do you thank such a woman for that kind of lasting fidelity and willing support?  I sent her tickets to come ride the Mob Tour, but she never got in to the city to use them.  I sent her a videotape of Birdie, but I think she gave it to someone else who was in the cast.  That’s who she was.

When I saw on Facebook the other day that Annie had died, I was stunned.  I guess I saw the signs in the most recent rounds of chemo, radiation, hospitalization, convalescence, but I didn’t believe that anyone with that kind of spirit could actually leave us.  I guess it’s true that it’s better that she is out of pain and out of stress and out of the constant struggle.  But it’s worse for the planet, which is a lonelier and less mirthful place for having lost her presence.

I can only hope that her voice is the loudest in the chorus she’s joined in the great beyond, and she’s making the other angels smile.  I like to imagine she’s wearing that crinoline and the saddle shoes, and she’s got her hands all over the hunkiest Conrad Birdie ever. 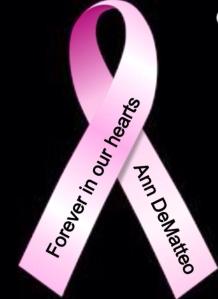