The nightmare never changed. It recurred as a terror that began just after I began Kindergarten, at age four. In each bad dream, the ominous wailing of European sirens would wake me from a sound sleep in my grandmother’s Bayside, Queens attic. As the sound of metal soles and heels marching on the suburban pavement reverberated around me, I would scream for my sisters and brothers and cousins to follow me. In German, a voice shouted from the street below. “You cannot escape a second time. We have found you. You will come with us to the camp.” I would wrest myself sweating and crying from the torture of sleep just as the uniformed robots were about to grab my youngest brother and throw him into the tank that followed their march.

Every detail of the dream was the figment of my imagination or of some phantom reminiscence. We had no television, and the only films my parents took me to see were Disney films. I search my memory for some clue as to how the sound of the jackboots and police cars found their way to my subconscious, and I find none. I do know why I was afraid of the camps.

I was born two years after WWII ended. Members of my mother’s large extended family, dispersed across the world, were just beginning to find one another. We received intermittent letters from sources I could not identify that provided cryptic updates. The word “camps” was omnipresent. So much so that when my parents sent me to Girl Scout Camp at age seven, I was sure they were sending me away forever.

The soto voce conversations about the correspondences were always dire. Like the members of my mother’s nuclear family, most of the mispacha had barely escaped. A few to the US, others to Brazil, Israel, Australia, Argentina, the UK. The displaced were the lucky ones. There were telegrams and official notifications bearing the saddest news – two uncles and an aunt gassed in a death camp with a garbled name. What a relief to learn that another aunt and uncle never suffered the same fate but were shot defending their clinic in the Stanislaw ghetto uprising. My mother would huddle with her sisters and parents in secluded corners of our communal home to read each missive aloud. I was not invited to hear, but I was an expert eavesdropper, and while I could not have told you what or who or why, I felt the effect of the camps that my mother and her sisters had narrowly avoided. Even the bits and pieces I surmised were enough to convince me I would never want to go to that place where the evil whose name was Nazi lived.

The pain, the fear, the agony of the camps bored a hole in my consciousness. As did the guilt my mother and her sisters, who never forgave themselves for running away, brought to America. I grew up wondering, as they did every day, if I might have made a difference if I had only been there.

Of course, the notion is absurd. Still, though they said – and genuinely believed – that no such horror could happen in America, they passed to me a sacred responsibility. Never again. Make sure. Never again. Be on your guard. Tolerate no persecutions.

That was the banner I carried in my heart when my cousin and I joined the marchers on the Brooklyn Bridge, when I sang my freedom songs in coffee shops, when I advocated for the end of the War in Viet Nam. Reading history made me cry. How could we enemies of oppression have perpetrated annihilation of the Natives, perpetuated slavery? The more I learned about how this country came to be, the more my inner voice chanted “Never again.”

No one in my circle of intimates ever suggested that there might be anything like comparative suffering. The internment camps that held native Americans all over the Southwest were no less horrific than those that held Japanese Americans during WWII. Inhumanity is inhumanity, Suffering is not a competition sport.

It follows then that a concentration camp is a concentration camp. Just because there are no gas chambers does not give a vile detention area, where children are tortured, a right to be called anything less brutal. Though the inmates of these camps are not in imminent jeopardy of extermination, ten children have died of their maltreatment.

How many deaths does it take to constitute a death camp?

Children forced to sleep on floors, left unclean, given no soap or water, encouraged to drink from toilets. Worst, children growing every day with no affection, no comfort, ripped from their parents’ love. . . .

Theresienstadt was a concentration camp. It was a showplace – a beard intended to prove to the Red Cross that the Nazis were humane. Here, like in the border camps, children died. Maltreatment, malnutrition, squalor are killers as lethal as gas and guns.

My people suffered great losses, yes. But we have no right to be precious about our pain. To be honest, I abhor the fact that we refer to our destruction as The Holocaust. There have been so many holocausts, murder and mayhem inflicted on human beings by fellow humans. Our losses are of no more significance than the losses incurred by our contemporary refugee counterparts.

We don’t own the torment. But we do own the imperative to fight to end our government’s insistence on perpetrating more of it. We will carry the sad karma wrought by the deplorable savagery being enacted under our flag. We must somehow take action, real action, to send this siege of evil.

The great challenge here is to stop the bickering among the converted. We must put our level heads together to figure out what that action is. We must have a unified plan, and we must cry out in a single voice. 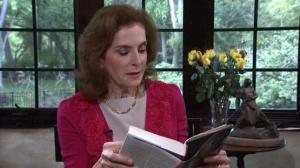 In my earliest memory of a life-long recurring dream, I am not yet 5, sleeping at my grandmother’s sharply-gabled, faux-Tudor house in Bayside, Queens, in a room that I keep reminding myself doesn’t really exist, under a sharply pointed roof.  I hear sirens outside, growing louder, finally screaming just beneath my window, and I am terrified.  I wrap myself in a blanket and roll under the bed, listening to the murmur of unfamiliar, angry voices, and then I hear my grandmother bark, in cigarette-induced contralto, an angry recitative, “You don’t belong here.”  A gruff male voice, thinly tenor, replies, “You are wrong.  We may have missed you the last time, but this time we will get you. You cannot escape again.”  Grandma’s screams are garbled, but I clearly hear “Run, children,” in German, and I begin frantically scurrying about the house, urging family members, to come with me.  But they won’t move.  I am weeping, pleading, and I am suddenly paralyzed.  I want to run but cannot.  I am immobilized and terrified, and then I wake up.

Those of us who grew up in the wake of the German terror in Europe lived tenuously in our parents’ new world, and we shared with them the displacements that came with them in their flight.  Their nightmares and pain became ours, their loss left us feeling cheated.

Unlike many of the survivors who became our parents, Leslie Maitland’s mother Hanna/Janine Günzburger, whose story is the subject of Maitland’s remarkable book Crossing the Borders of Time, was generous with her memories. Maitland grew up ingesting details of her mother’s life in Europe, the joys and the agonies that accompanied a childhood punctuated by frequent flights.  As German-speaking residents of Alsace and Lorrain, they fled amid shifting, enmity-defined borders, eventually forced out of Europe altogether, finding their way to the United States by way of a three-year sojourn in Cuba.

Maitland chronicles the exhilarating moments of her mother’s delicious, feisty youth and first love as well as the disappointments, the upheavals, the ultimate devastation of losing everything.  And in the wreckage, lay communication with Roland, the love of Janine’s life, the man she pledged to adore and promised to find when all the tumult subsided. He had vanished from her reach, and so began a lifetime of regretful longing for what might have been.

As her father lies dying, Maitland, a brilliant, seasoned, journalist, sets out on a journey to reconnect her mother to the man she loved first and loved best, and the quest to reunite the lovers embodies the universal pursuit of serenity that is the consequence of survival we all shared with and inherited from our parents.  Her pilgrimage is illuminating,

It’s easy, especially for the children of these survivors who were born into an America of plenty and of relative tolerance, to overlook the aftermath of the survivor’s experience and forget that the great miracle of their having made it through disaster is only the first small step in a struggle for contentment.  Having endured a tragedy and lived to tell the tale may be cause for gratitude, but it is also cause for years of self-reproach and self-doubt, of choices ruled by circumstances forged in the fires of hell.    Survivors’ guilt is a deep, multi-layered cloak they all bore without relief, and we rarely have the opportunity to examine its carefully-woven threads.

What makes Maitland’s book so affective is the fact that she tells it with no manipulations.  The emotion comes from the action, from the characters — her real-life antecedants — themselves, and it is honestly reported, forthrightly delivered.  There is no whine of self-pity for any of her various subjects, only a persistent will to live on and to find happiness, whatever that may have been.  In their desire for joy, the people in this book overcome multitudinous obstacles, but they never stop to question whether satisfaction is worth having.  They keep on keeping on, and in that they are heroic.

There are few books about the time period called The Holocaust that so effectively describe life in the shadow of  Hitler and the Nazis.  And part of Maitland’s effectiveness comes from the emotional restraint she exerts over every page.  Like Thomas Keneally in Schindler’s List, Maitland writes with unwavering objectivity, even when speaking of personal and deeply felt family history.

Which gives the story a power and a glory all its own.