Chuck Folger sidles up to me, and I recognize him immediately. Bodies shift and reconfigure, features sag, and hair goes to gray or white, but eyes don’t change. His are still the same crystal blue they were in high school, still twinkling brightly like they’re hiding a funny secret or like they’re made of glass and could break if he blinks too hard. We hardly spoke in high school, but I was aware of him, was amused by him, was intrigued that anyone could have such true blue eyes. 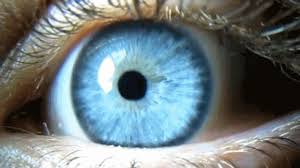 “Do you ever see her?” He asks, as though continuing a conversation we’ve been having all along, despite the fact I haven’t seen him in fifty years.

“Our Laila. The playwright. I saw her in an interview on television,” he says. “I thought of you. You live in New York City. You must see her sometimes.”

“I do,” I say, thinking that my being in touch with this woman is not simply because I am in New York City, where she is, and that we are from the same small town in upstate New York. It’s a complicated story, and I hope he won’t ask.

“Yeah, I thought you might. I always liked her. In high school. I thought she was pretty. Did you know her then?”

Chuck’s accent sounds Canadian. I ask him if his folks, like many in the logging town just up the road on Route 3, might be originally from somewhere near Montreal, but he explains that actually it was his mother who gave him the accent. His dad descended from French Canadians, but they’d been local for generations.

Nope. It was his mom. “She was Onondaga, you know, lived on the res up in Hogansburg. The elders taught her French and then sent her to school outside of Montreal, where the sisters taught her English.”

“I wish Laila were here now, were at the reunion. I’d like to tell her I saw her on television. Did you know her back then?”

Before I can reply, Ronnie Himmelstein, says, “Of course she knew her in high school.”

Ron left our town to go to a Division I university and then returned to teach in the local junior college, chimes in. Ron is dapper, commands attention afforded local celebrity. . . he writes a column for the local daily paper. “The four of us founded the literary magazine. We two and Laila and Pierce Bogart.”

No one reacts to the name Pierce Bogart. He’s long since left and been forgotten. Instead, Jake Ferucci looks up from his sixth or eighth beer to say, “I never read the magazine, but I sure did love that Laila. I’d sit in French class and just look at her. . . . “ His voice trails off. Then he adds, dreamily, “You understand why I never learned a word of French? Every French word was lost in the crazy screams in my head.”

“Just fear,” he says. “I wanted to ask her out. But I was afraid. She’d never have gone out with me.

“I bet you’re wrong, John,” sighs Polly Paget, who’s still as lithe and lean as she was on the ski hill in 1965, still as limber as when cheering on the football field. “I would have. You never asked.”

“You mean I missed an opportunity?” Jake whines.

Jake groans and guzzles his beer. The past tense has not eluded him.