My mother and her sisters, having lived in the shadow of their brother — and then their brother’s death — all their lives should have known better.  Shaped by the attitudes and norms with which they were raised, they doted on their sons; while they loved and even (perhaps secretly) admired their daughters, they did not reveal to their girls the kind of support and encouragement they lavished on their sons.  My female cousins, my sisters and I, especially those of us who followed creative paths, were left to grope our way to self-actualization, which is not a bad thing.  We turned out to be resilient, strong and iconoclastic.  We became, in the aggregate, very like our mothers, only more so.  The kind of women I want my daughters and granddaughters to become at heart. 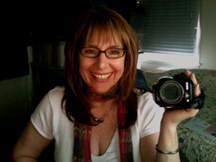 By the time my cousin Anna Thea Bogdanovich was born, her now-famous brother Peter was thirteen and only a few years short of establishing himself in his career in the dramatic arts, the family’s resources having already been allocated to his professional training. He had himself been born on the heels of tragedy and loss, and he was for his parents and grandparents the beacon that recalled them to life.

Peter is an amazing talent who cast a giant shadow, but Anna Thea has found her own well self-illuminated niche as a singer-songwriter and crafter of screenplays.  She curates The Bogdanovich Collection, her father’s vast legacy of paintings, sketches, drawings — the art that dominated his life — and works as a script consultant at Colleen Camp Productions in Hollywood.

Anna Thea Bogdanovich has had a varied career.  She had a long stint as Development Consultant at TMC Entertainment, and her musical documentary Earth Tribe LA was nominated for an Emmy Award.  But Anna’s proudest achievement is a project she embarked on only recently, one that continues to evolve and to take on a life of its own.

Anna Thea Bogdanovich conceived, founded and directs World Beat Media to produce “film, music and multimedia projects that inspire good will and understanding across cultures.” She has dedicated her work to the goal of” achieving a global epiphany of our shared humanity and interconnectedness with all life.”

One of Anna’s first productions with World Beat Media was Freedom’s Land, a music video that celebrates, in singer Willie Nelson’s words, “the everyday rituals and practices of peaceful people” and is featured on the singer’s Peace Research website (http://bit.ly/KAfyE4) with words of high praise. 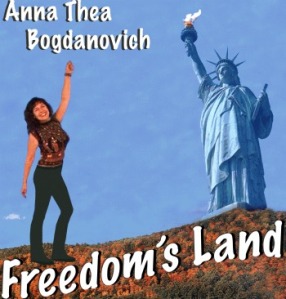 World Beat Media is in preproduction on the new Earth Tribe LA 2012, which will feature multicultural singers and musicians of all ages in a pop/worldbeat song and music video. The World Beat Media website (www.worldbeatmedia.com) is under re-construction, and Anna is in the process of developing a YouTube channel, which she hopes to launch in 2013, and which will be “dedicated to individual and collective peace, healing and transformation through the arts and new media, and will include original cross-collaborative multimedia projects using media technology.” The channel will also be used to generate programs that will raise money for various children’s charities.www.youtube.com/user/WorldBeatMediaCom

To preview and buy Freedom’s Land song or music video on iTunes
http://itunes.apple.com/us/music-video/freedoms-land/id331020217?ign-mpt=uo%3D6

Error: Twitter did not respond. Please wait a few minutes and refresh this page.