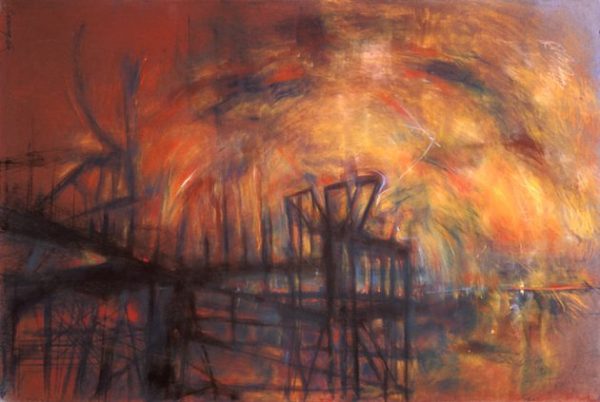 I didn’t sleep last night. For the fifth night in a row.

Since the end of June, my nights have been disrupted by neighbors whose disregard for others’ right to [quiet and to safety rule the streets. They are breaking the law, but no law blankets my neighborhood because the gated community that has become NYC sends its resources to patrol the blocks south of 96th, where the bulk of the tourists, who enable the ridiculous cost of membership, are cavorting. Up here even when you call the police, the eruptions go unchecked, and our nights go unquieted.

Those of us who are unfortunate enough to be captive in the city for the summer suffer this abuse through the month of July, but, for some reason, this Independence Day was more invasive, more intrusive, more unconscionable than ever before in the ten years I’ve lived here. The amateur blasting, the popping, the drunken shouting began before sundown and extended well into morning, waning only after the daylight had returned.

I admit that I’ve never much liked the July 4th rituals My idea of celebrating America is quieter; in an effort to refrain from becoming a statistic, I have typically stayed at home, where I have watched home movies of my family’s extensive cross-country explorations or documentaries about the bounties of natural beauty that define this amazing country.   Bombs bursting in air only fill me with dread, remind me that the country is populated by too many who worship weaponry, who perceive military might as right, who continue to craft an economy held hostage by the culture of war and its machinery.

But okay. I concede that fireworks can be lovely. And Macy’s foots the bill for the greatest show on earth. It’s free, and it’s close by, and I encourage all those who love the displays of color and light to seek them out. I heartily applaud my city for throwing such an elaborate, generous birthday bash.

But the local ILLEGAL practices are a different story. It’s one thing if a group wants to throw a block party that provides a close-knit portion of the neighborhood to celebrate together. I can put up with noise for a few hours, and I am happy that people have a place to comingle. But to continue to make such noise that car alarms cannot be quieted, that keeps pets quaking and agitated, that robs us all of our right to our own preferred pursuit of happiness is no more than group solipsism, criminal entitlement. And it’s terrifying.

The awful disquiet went on throughout the night; the only sound missing was the sound of police cars or fire engines. The noises swelled, then subsided slightly, but they were never checked.

Sometime around 2 this morning, the sounds outside my window changed. Some of the changes were subtle, but they were apparent. The shouting was angrier, heightened a growing barrage of insults, name-calling, threats. The blasts sounded less like homemade duds and more like television violence. How can those of us who are subjected to the abuse discern the difference?

There will be no reports on the news – the news ignores us in Harlem until there is a great drug bust, and they can point to the confiscation of massive stashes to reassure the public that Harlem is under control. The news this morning reported fourteen shootings around the city, but not one was reported here in Harlem, where they happen all too often, where no one is really watching. I called 311 last night, and they told me I had to report my complaint to 911. The fireworks continued without interruption, the noise persisted unabated all through the night. The dispatcher was clearly amused by my report, but I was sure nothing would be done.

Why should there be? Who cares if some old and sick and very young Harlemites are kept awake by loud noises? Who really cares if some homes north of the tony Upper West Side are in danger of being burned, exploded, invaded in some way?

I have never felt so exposed as I did last night. I was as inconsolable as my daughter’s 6-pound Chihuahua, who seems, during this siege, perpetually on the verge of a stroke or worse. It feels like the demons out there, the ones the media won’t let us ignore or forget, are laughing themselves silly at how easy it must be to blend in up here, how simple it would be to hide their noise within the din that the city refuses to hear.